With the roads becoming busier by the day, people are looking to make more use of their garages, which until now have been used for storage of all manner of household materials, but rarely the car.

People often store old furniture, tents, hobby equipment or use the garage simply as a DIY workshop. The increasing lack of room on the roads and with many areas addressing this situation by introducing residential parking permits, many are realising that their garage would be better used housing the car, after all, it is why they were built in the first place after all.

As ACE Garage Doors are based in Stevenage, we are very close to Hitchin and have a long list of satisfied customers in and around the town. Below are some of the styles of garage doors we supply and fit in the Hitchin area.

The hinges between each panel section move over a curved section of the track. This feature allows the door to sit parallel to the ceiling when completely open or in line with the walls when completely closed. Because they come to rest along the top of the garage ceiling when opened, storage must be limited to the lower reaches of the garage or at the furthest part away from the door end.

A pair of high tension springs above the opening are attached to cables that operate the door and hold it from slipping down when only partially open.

Sectional garage doors are usually made from steel, but can be made from timber or other composite materials that can be extremely robust, have very low maintenance, and may even include window inserts of various designs. A good choice of hardware, textures, and colours are available with our range of sectional garage doors. They come in both insulated and non insulated models too, the insulated version being ideal for integral garages.

Roller shutter garage doors are not just for commercial applications! We are used to seeing them on industrial units and shop fronts after closing time and there is a reason for that, they are very secure.

Roller shutter garage doors are also great for residential properties too. They are particularly good for garages where the ceiling space is required for storage, as they only take up a very small area of ceiling space at the front of the garage. This style of garage door is made with steel slat sections that roll around a drum above the door opening. The roller mechanism is reliable, smooth and quiet to open at the press of a button.

Roller shutters are built to cope with prolonged usage and high performance units can be built without springs or enclosed ones to prevent rust, corrosion, and freezing. Owing to the high levels of security and the robust nature of the roller shutter, the initial cost can be a little higher than a sectional garage door.

These are often referred to as barn door garage doors, because some do resemble smaller versions of such doors. Side hinged garage doors are a more traditional design and are generally made from high quality timber. They are frequently fitted to separate garage units that are situated away from the main property.

Side hinged garage doors swing open and closed from a hinged frame on either side of the opening like a barn door. Although traditional, they can look more up to date when made from other composite materials.

Side opening garage doors are particularly suited to garages with pitched roofs that are often tiled and solid brick or block walls that are capable of taking the stress of the doors weight. They can even be automated with special conversion arms.

Up and over garage doors

The traditional and trusted up and over garage doors do not have sections, they are made of one solid piece of material, usually metal. They have a pivoting hinge mechanism, so they can tilt up into the garage. The up and over style of garage door sits parallel to the garage ceiling and extends past the front of the garage when the door is open, so you will need to leave enough of a gap between the door and the car to allow for trouble free opening and closing.

The town of Hitchin is first noted as the central place of the Hicce people, a tribe holding 300 hides of land as mentioned in a 7th century document, the Tribal Hidage. Hicce, or Hicca may mean the people of the horse. The tribal name is Old English and derives from the Middle Anglian people. It has since been suggested that Hitchin was the location of a place known as Clofeshoh, a location chosen in 673 by Theodore of Tarsus the Archbishop of Canterbury during the Synod of Hertford, the first meeting of representatives of the early Christian churches of Anglo-Saxon England, to hold annual synods of the churches as Theodore attempted to consolidate and centralise Christianity in England.

By the year 1086 Hitchin was being described as a Royal Manor in the Domesday Book. The feudal services of Avera and Inward, usually found in the eastern counties, especially Cambridgeshire and Hertfordshire, were due from a certain class of tenants, but the manor of Hitchin was unique in levying Inward. Evidence has been found to suggest that the town was once provided with an earthen bank and ditch fortification, probably in the early tenth century but this did not last very long. The modern spelling of the town first appears in 1618 in the Hertfordshire Feet of Fines.

Hitchin and the Hicce tribe

The name of Hitchin is associated with the small river that runs through it, in front of the east end of St. Marys Church, the Hitchin parish church. The river is noted on maps as the River Hiz. Contrary to how most people now pronounce the name now as Hitch. The Hicca Way is an eight mile walking route along the River Hiz Valley, believed to have been used for trade between the Danes and English in the Anglo-Saxon age. It is also likely that Hitch Wood, which lies six miles south of the town also derives its name from the Hicce tribe, who gave their name to Hitchin.

St. Marys Church is very large for a town of its size and was once a Minster. The size of the church is evidence of how Hitchin prospered from the wool trade. It is the largest parish church in Hertfordshire. Most of the church dates from the 15th century, with its tower dating from around 1190. During the laying of a new floor in the church in 1911, foundations of a more ancient church building were found. In form, they appear to be a basilican church of a 7th century type, with a later enlarged chancel and transepts, probably added in the 10th century. This makes the church older than the story that the church was founded by Offa, king of Mercia who ruled from 757 to 796.

Hitchin from the 1600s into the 20th Century

In 1697, Hitchin were subject to what is thought to have been the most severe hailstorm in recorded British history. Hailstones over 4 inches in diameter were reported to have fallen. Considerable damage was recorded to vehicles and caravans at this time.

Hitchin prospered from its wool trade, and located near the Icknield Way and by the 17th century Hitchin was a staging post for coaches coming from London. By the middle of the 19th century the railway had arrived, and with it a new way of life for Hitchin. The corn exchange was built in the market place and within a short time Hitchin established itself as a major centre for grain trading.

The latter half of the 20th century has also brought major changes in communication to Hitchin. Motorways have shortened the journey time and brought Luton, a few miles away on the M1, and the A1 (M) even closer. By the close of the 20th century, Hitchin had developed a strong commuter interest being midway between London and Cambridge. Hitchin also developed a strong Sikh community based around the Walsworth area.

During the medieval period, both a priory, Newbigging, now known as The Biggin and a friary, now known as Hitchin Priory were established, both of which closed during Henry VIII’s Dissolution of the Monasteries. They were never reformed, although The Biggin was for many years used as almshouses.

The British Schools Museum in Hitchin is home to the worlds only surviving complete Lancasterian Schoolroom, which was built in 1837 to teach boys by the Lancasterian method, this method of education was where the older or better scholars taught the younger or weaker pupils. This unique community project demonstrates the foundation of education for all.

Girton College was a pioneer in womens education and was established in 1869 under the name of College for Women at Benslow House in Hitchin, which was considered to be a convenient distance from Cambridge and London. It was thought to be less controversial to locate the college away from Cambridge in the beginning. The college moved to Cambridge a few years later and adopted its present name, Girton College.

So if you want a new garage door and you live in or around the Hitchin area, why not choose a trusted company like ACE Garage Doors? We are happy to supply and fit your garage door with as little disruption to your property as possible. We also service and repair garage doors at very short notice, so we are literally a one stop shop for garage doors and door repairs and servicing. 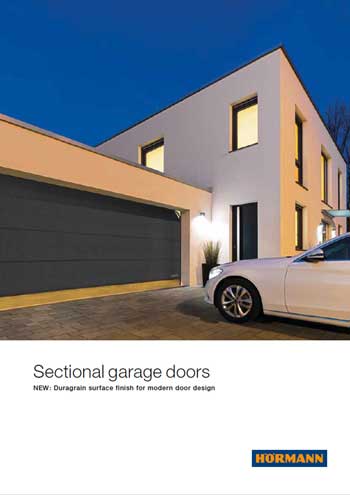 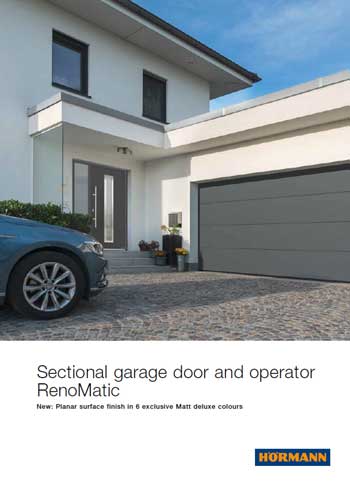 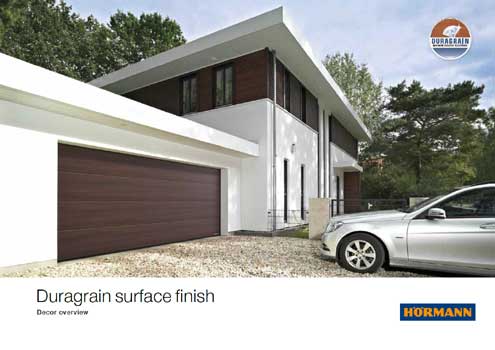 ACE Sectional Garage Doors - we are here to help

Why not call us today to discuss the fitting of a new and beautiful sectional garage door to your property. We are bound to have a style and colour of garage door that will suit not only your taste, but your budget too. We look forward to hearing from you soon.

Get a FREE quote
Request a call back